Whether you want to immerse yourself in the pleasant fragrance of flowers, marvel at enduring desert flora, walk along peaceful paths or find a place to meditate — there’s a garden for you.

Keukenhof Gardens in Amsterdam is called one of the world’s largest flower gardens. According to the Keukenhof Park official website, “approximately 7 million flower bulbs are planted annually in the park, which covers an area of 79 acres.” When visiting Keukenof, you’ll have your choice of gardens: the English garden with curving paths; the historical garden featuring numerous types of old bulbs; the nature garden containing a water garden where shrubs and perennials are combined with bulbous plants; and the nontraditional Japanese country garden.

The Huntington Desert Garden in San Marino, California, has one of the largest displays of cacti and other succulents in the world. The 10-acre display features more than 2,000 types of plants from many of the world’s deserts. Some of these plants hold water, some have spiny needles for protection and all demonstrate nature’s way of coping and acclimating to the harsh conditions of an arid desert setting. The landscape is filled with desert trees that stand as tall as 60-feet high.

Ryoan-ji in Kyoto, Japan, is an austere Zen Buddhist garden. This Japanese Zen temple garden design consists of large rock formations arranged in the middle of a layer of smooth pebbles and carefully selected polished river rocks which are raked into linear patterns that facilitate meditation. The only vegetation is moss on the small rocks. A display of 14 rocks can be seen in any direction within the garden. With meditation and reaching a state of enlightenment it is said one can see the 15th rock.

Kirstenbosch Botanical Gardens in Cape Town, South Africa, is the first botanic garden in the world to be devoted to a country’s indigenous flora. The botanic garden displays the unique plant life of the Cape Flora, also known as fynbos, including sugarbushes, pincushions and heaths. Kirstenbosch Estate borders the Table Mountain National Park and blends with the natural fynbos and forest of the mountain.

Longwood Gardens in Kennett Square, Pennsylvania, is spread across almost 1,100 acres, 40 gardens and 4.5 acres of greenhouses. Longwood displays 11,000 different types of plants and trees. There are three miles of walking trails, multiple water resources and is home to a number of deer, beavers, butterflies and birds. A conservatory houses 20 indoor gardens and protects 5,500 different types of plants.
The Royal Botanic Gardens in London was designed by the mother of King George III in 1759. Today the Royal Gardens sits on 326 acres of land. The Palm House Greenhouse, added in the 19th century, houses tropical rainforest plants. The Princess Wales conservatory greenhouse has 10 different computer-controlled climate zones.

Butchart Gardens in British Columbia is a national historic site with theme gardens, exotic flowering plants and ponds. The site, which features 700 varieties of plants, was formerly a quarry. The quarry closed in 1909, and the owners worked to create the showpiece garden, which opened in 1921. The Star Pond in Butchart provides a sanctuary for ducks and you can expect to see butterflies, parrots, peacocks and other birds, as well.

Villa Lante in Bagnaia, Italy, offers a fascinating history, as well as gardens with cascades, fountains and dripping grottoes. The gardens grace a 16th-century villa once owned by the Duke of Bomarzo. They were renovated in the late 20th century, and are now part of the Grandi Giardini Italiani.

The Jardim Botanico de Curitiba in Parana, Brazil, is a landmark in the city of Curitiba, and it features gardens in the French style. Fountains, waterfalls and lakes abound, with the metallic principal greenhouse resembling the Crystal Palace in London. The greenhouse shelters many tropical plants from the Atlantic Forests of eastern Brazil. Behind the greenhouse is an educational museum about environmental conservation.

There are many more wonderful gardens across the globe, all with beautiful floral, rock and tree displays. And sometimes the most beautiful flora is waiting for you outside your door. 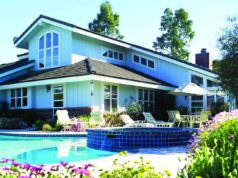 How To Approach Buying A Pool Or Spa 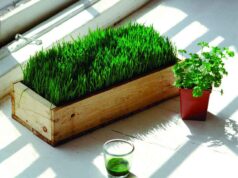 How To Tend To An Indoor Herb Garden 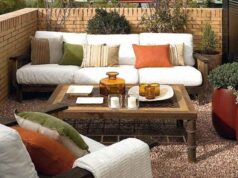